We returned to Kamituga and tested our survey on 10 artisanal miners. Each interview lasted about 2 hours and was conducted individually at the home of the respondent. Conducting the interviews at miners’ homes had several advantages: it put the interviewee at ease, it reduced the influence of spectators and increased the overall reliability of responses. Besides, it also allowed us to make observations regarding the asset wealth of the interviewee (e.g. by looking at the quality of the roof, floor and walls of the house).

In addition to standard survey questions, we tested a number of newly developed instruments. These include:

The ladder of life 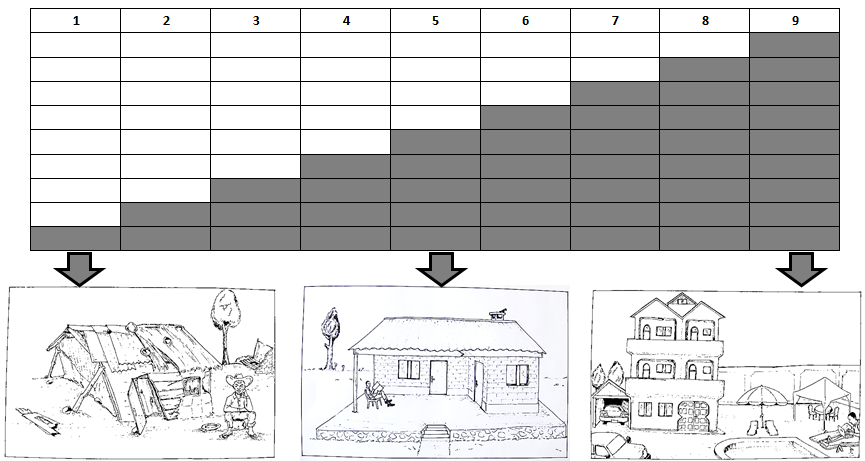 The ladder of life represents 9 standards of living, ranging from the poorest to the richest individual in the community of Kamituga. Respondents were asked to indicate  their current standard of living. When discussing alternative economic activities, we asked miners to indicate the standard of living achieved by the majority of people engaged in a specific activity, as well as the levels achieved by the worst-off and the best-off people engaged in the activity.

We used a simple incentivised game to measure risk preferences of artisanal miners. The design is based on an Eckel & Grossman lottery, where respondents have to make a simple choice among 6 alternative gambles. Each gamble involves a 50/50 chance of a high- or a low payoff. The first gamble is a safe alternative, which involves a sure payoff with zero variance. From gamble 1 to 5, both the expected return and the level of risk (variance) increase. Gamble 6 only has an increased variance, while the expected pay-off remains the same as in gamble 5. 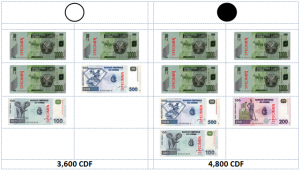 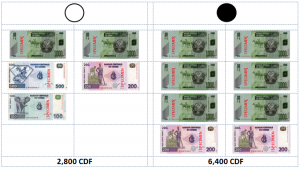 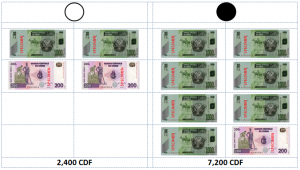 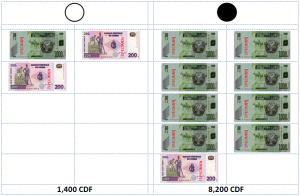 After presenting the 6 different gambles, the respondent was asked to make a choice. 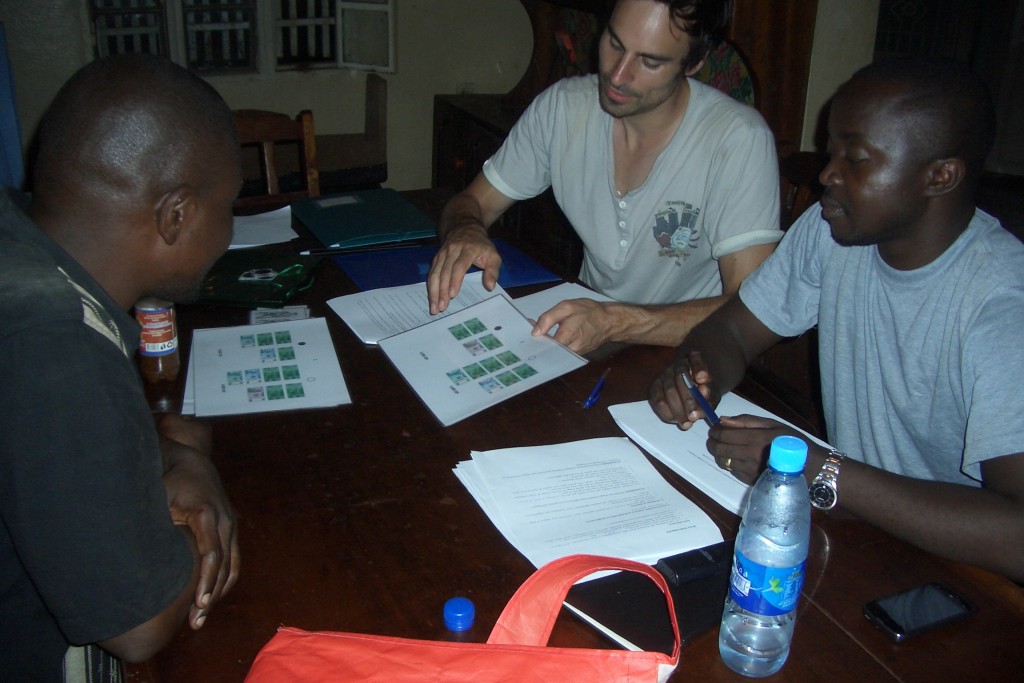 10 black balls and 10 white balls where then added to a (colorful) bag, for the respondent to pick one blindly. 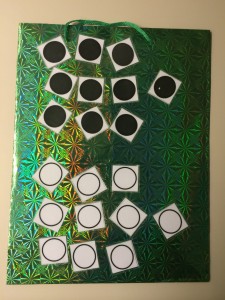 We further asked questions about miners’ past experiences with conflict and gauged if they (or others in the community) were ever member of an armed group. Miners were also presented with a number of hypothetical scenarios about the future and were asked about their (non-) violent reactions in such situations. The discussion was facilitated by the following drawings, which represent 6 different compositions of their community, ranging e.g. from a community in which no one ever supported armed groups to a community where everyone supported armed groups.