Swings of the pendulum: from LSM to ASM, and back

South-Kivu – located in eastern DRC and bordering Rwanda, Burundi, and Uganda – holds important deposits of gold. In the colonial period, these gold deposits were mined industrially (Geenen, 2014; Kyanga Wasso, 2013; Vlassenroot and Raeymaekers, 2004). From the 1960s onward, Artisanal and Small-scale Mining (ASM) gradually developed – first in the margins, but then more prominently. ASM really boomed after 1982, when Mobutu liberalized the exploitation and trade in minerals. During the two Congo wars (1996-1997 and 1998-2003) Large-Scale Mining (LSM) came to a standstill, while ASM continued to expand.

Presently, ASM is one of the most important livelihood strategies in DRC. A (gu)estimate by the World Bank (2008, p.56) puts employment in the artisanal mining sector in the range of 0.8 to 2 million. Using an average of four to five dependents for each miner, this implies that up to 10 million people, or 16 percent of DRC’s population, are dependent on artisanal mining for their livelihood (World Bank 2008: p.7). 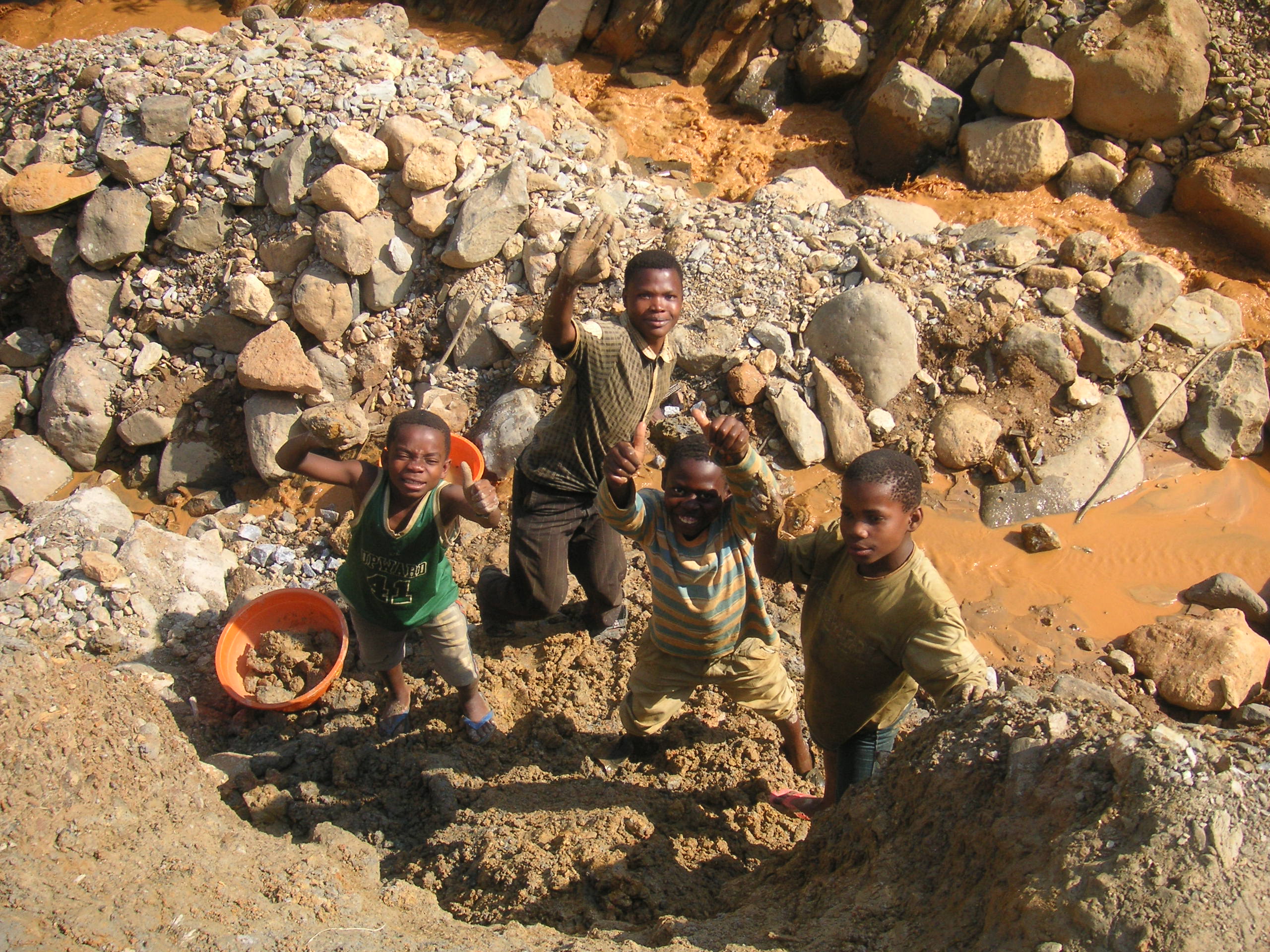 The ASM-based livelihood is however under pressure, as the pendulum is swinging back to LSM. Over the past decade, mining companies have shown renewed interest in DRC – triggered first by increasing world prices for minerals, and later by a stabilization of the security situation in eastern DRC. Since ASM cannot easily be taxed, the Congolese state is eager to further stimulate LSM-development. A new Mining Code, issued in 2002, aimed to attract more investments from private companies, among others by offering an advantageous fiscal regime (Mazalto, 2005).

The 2002 Mining Code revised the 1981 code, and was designed to restore DRC’s reputation in terms of business environment after the debacle of the nationalizations of mining companies by Mobutu in the 1970s.

The Mining Code has helped in attracting Foreign Direct Investment to the sector: in 2012 mineral rents accounted for an estimated 23.4% of GDP, up from 10.6% in 2006 and 0.3% in 2002 (World Bank, 2013). It may however prove detrimental to the sector’s ASM segment. Although the code recognizes ASM as a valid production mode, it specifies that artisanal activities should take place in clearly demarcated Artisanal Exploitation Zones (AEZ). In practice, very few AEZ were created and the code provides the opportunity to close them down if “a new deposit which does not lend itself to artisanal mining has been discovered” (DRC mining code 2002, Title 4, Chapter 1, Article 110). Consequently, LSM companies have the upper hand, while artisanal mining largely takes place outside the state’s regulatory framework (Geenen and Claessens, 2013; Geenen and Hönke, 2014).

As the concessions are granted to mining companies, most artisanal miners arede jure invaders engaged in illegal activities. But, the miners see things differently. Taking recourse to customary rules and traditional rights, they perceive their claims to the land as legitimate (Geenen, 2013; Geenen and Claessens, 2013). Furthermore, what is perceived as a problem to the State and private companies, is a solution for making ends meet for hundreds of thousands individuals and families. In practice, the production mode is therefore characterized by a duality and tension between LSM and ASM. 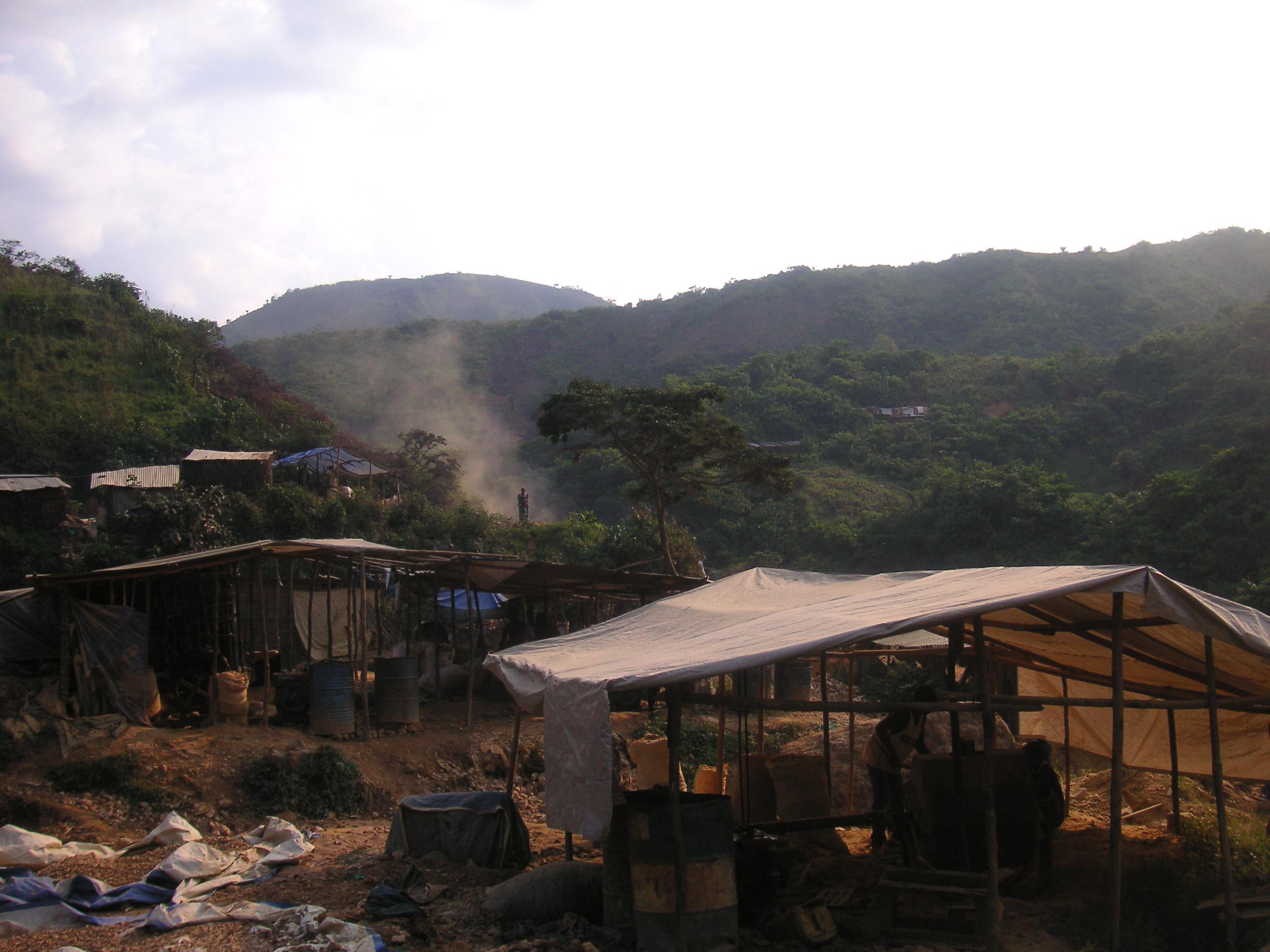 In theory, a reorientation of artisanal miners could be financially supported based on mining royalties paid by LSM companies. The 2002 Mining Code requires a retrocession of mining royalties of which 60% should go to the central government, 25% should be paid to the province, and 15% should go to the local community (DRC mining code 2002, Title 4, Chapter 3, Articles 240-242). Such royalties – if effectively paid – could imply considerable injections of cash, which – if managed properly by the government, province or local community – could provide communities with the necessary financial leverage to promote alternative livelihoods.

Besides the transfer of royalties, the Mining Code stipulates that mining companies should “improve the well-being of the local population” (DRC government, 2003, 2002). This objective is not further detailed by any standards or criteria, giving companies large room for manoeuver (Mazalto, 2009).

The challenge is however huge. The World Bank (2008) estimates that an artisanal miner has an average annual gross income of US$ 1,600. Miners may therefore only willingly leave the company’s concessions if they can access productive mining zones elsewhere, or develop attractive alternative livelihoods outside the mining sector.

Estimating revenues for artisanal miners is very difficult because their earnings are extremely volatile. Recent research by IPIS (2014) indicates that gold miners in Eastern DRC may earn on average between US$70 and 105 per month. Geenen (2014) estimates that gold miners in her sample in South Kivu may earn between US$36 and 118 per month during preparatory periods, and between US$ 128 and 195 during periods of high production. Geenen (2014) further indicates that the revenues from gold mining compare favourably to those of the most likely alternative activities such as agriculture and informal businesses.

As a second option, companies and the State may seek to free up more gold deposits for artisanal mining. The relocation of artisanal miners to these deposits is, however, subject changes in the Mining Code, which currently does not allow ASM and LSM to take place on the same concession.